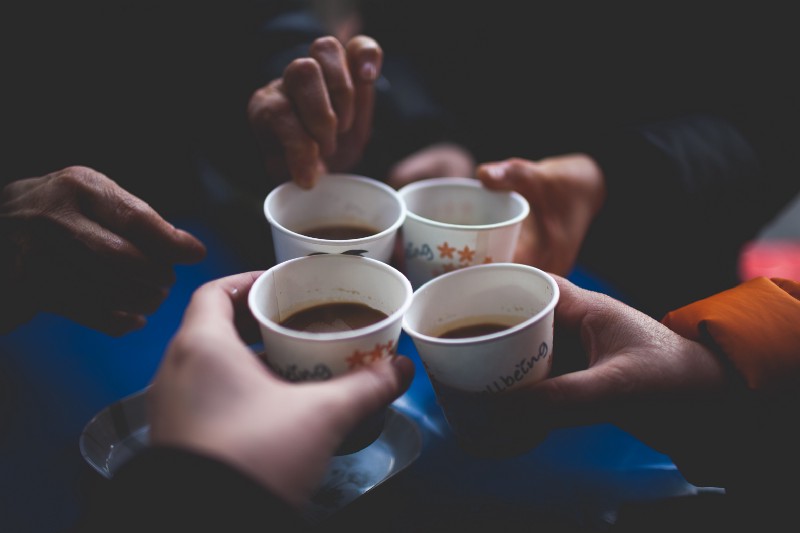 Note: This is a repost of a piece that I published to Medium first. The only change is a small note a few lines down. I didn’t cross-post the articles about my Facebook retirement from Medium to this website, because I didn’t restart this website until a couple of weeks ago.

Spoiler alert: I’m just fine. Not all goals have been met, but there’s always room for improvement.

I’ve had several thoughts since, so I decided to do a journal-style update. As I type this, I know that the title is likely to change. (I tried a few and it’s currently “How My Facebook Semi-Retirement is Going”. As thoughts come to me, I dash them off in Evernote.

I pop onto Facebook to check a friend’s profile. I was with her on New Year’s Eve when she learned her mom died suddenly and I wanted to see if she’d posted anything about it or updated her profile. Her positive, optimistic post from NYE day was still there. A day or two later (I started these notes on January 5) it was gone. On January 4 she posted the obituary. I left her a comment in response, a heart with a note saying that I’m mostly avoiding Facebook and Messenger, and requesting that she send me her phone number. An acquaintance of at least four years, she’d recently moved near me, and we’d seen more of each other.

Do I complain that much??

I keep having the reflex to post complaints and rants to Facebook but stop myself. By not posting, I’m keeping my negativity off. Even when I was often posting, I tried to keep a balance. I didn’t want to complain a lot, but I wanted to be authentic and relatable. I didn’t want everyone to think that my life was perfect. Social media shows people the version of ourselves that we want them to see. One of my problems with Facebook is this: Even though I have a lot of “friends lists”, even though Facebook allows you to exclude people from seeing certain things and designate some people as “close friends”, those systems aren’t perfect. Sometimes I want to treat Facebook like a mass announcement without sharing with everyone. I want to say, “I don’t want you, you or you in my clubhouse today but everyone else is welcome.” I believe in being inclusive, but I’m not always in the mood for everyone.

On January 4, I posted to one of the groups that I’m a member of, seeking advice about navigating Facebook use only for business. I said,

“I’ve decided to stop checking Facebook on a regular basis, keeping my account but rarely using it. Of course, I’ll still maintain pages and want to participate in groups like this one. Even though Facebook was built for personal rather than business, this is where we conduct business.

Obviously, if you’re reading this, you use Facebook. However, how do you maintain balance? Do you keep multiple accounts? Do you not post at all on your personal page? Do you lock it down heavily? Those are things that occurred to me, but your answers might vary.”

It seemed like a good question at a time. Now I realize that I didn’t really need to ask. It is possible to pop in and out of Facebook and use it in a way that suits your needs. Some people set a timer. Some people use multiple accounts. Some people set up accounts under fake names. Each person needs to find a solution that works for them. For me, it’s popping into Facebook as needed, just for business. Occasionally I miss messages and questions but having notifications for the Facebook Pages app — and not the Facebook app — enabled on my phone helps.

One of the experts about mailing list growth* had previously suggested plastering your business information all over your personal profiles too, so that your personal network can help you in business. It’s advice that I took for a while.

[*I’m sure more than one, but I’m referring to one whose information I followed for a while until I unsubscribed to her newsletters and left her Facebook group because her emails entered my inbox every day, sometimes multiple times a day.]

After listening to the opening monologue of the WTF podcast in which Marc Maron discusses leaving social media, I wrote 1500 words about it. His reasons were nearly identical to mind, even though I can’t identify with the celebrity perspective. It was going to go in this post, but I pulled it out to post first. You can read it here.

Missing out on events

Later in the evening, I learn from my boyfriend that I’ve been invited to a friend’s 49th birthday party, happening in two weeks. Oh yeah, I don’t see invitations to events that I want to attend. When friends have left Facebook (or chosen not to join in the first place), not knowing about events is something they’ve mentioned. When I send event invitations & need to stay below Facebook’s number limit one tactic I use is to invite one member of a couple and hope they tell the other. (In a few cases, only one partner uses Facebook.)

Hearing about events from my boyfriend will work some of the time, but of course, we’re not both invited to all the same functions.

Another thing that might help me avoid missing events that I want to attend: A publicly accessible post that I retain on the page. Often, I make posts private after a few days.

Remember when everyone had everyone’s email address? Years ago I realized that there are people whose email addresses and phone numbers I don’t have because we always communicate on Facebook.

Every few days I briefly visit Facebook. I check a couple of groups related to my business. I don’t give birthday wishes, except for 1:1. Some of those birthdays I put in my Google calendar as a recurring annual event. (I’ve been friends with David since around 2001 and realized today that his January 14 birthday wasn’t on my calendar.)

I scan the notifications. I prioritize those that are answers to questions that I’ve posted to the groups mentioned above. If Facebook notifies me about friends’ activity in a group that I’m a member of, I might quickly check, but mostly not

On Friday I saw a friend who has deactivated and reactivated her account. She told me that one thing she tried was to unfollow everyone whose posts she didn’t care about in an attempt to see more of what she wanted to see.

I’d mentioned that option in my post about Marc Maron’s social media abandonment.

She said that it didn’t work. She still missed the information that she wanted to see.

So, that option is now off the table for me.

Until earlier this week I’d forgotten that I had this post in progress. I also realized that I’ve mostly forgotten about Facebook. I check business related notifications, publish events and do other business-related tasks. The sporadic times when I find myself pulled into my news feed, I stop myself. There were times when I stopped myself from liking or commenting because I thought, “I said I was leaving Facebook. I can’t engage.” I didn’t want anyone to know I was there. Maybe I was afraid that if I did, it would mean I failed. (I don’t know — that’s me psychoanalyzing myself, as I do.) Now I don’t care. What am I trying to prove and to whom? No one is judging me but me. If I catch a post and hit “like” or comment, it’s no big deal. I’m in and I’m out.

I don’t miss it. I sometimes feel like I’m neglecting people because without Facebook I’m not aware of birthdays — or don’t have the reminder of them — but I know that friends understand and non-friends likely don’t notice. As I said previously, I should have friends birthdays on a calendar — and I should check that calendar because I’ve still failed to bestow birthday wishes.

I’m not as productive as I thought I would be, but I think some of that has to do with refining my schedule. That blog post that I started a week ago — that I was inspired to write the week before that — keeps getting pushed forward, despite having a very rough draft. It won’t take me more than a couple of hours to write. The thing that inspired me to write it inspired two different blog themes. I need to block off chunks in my calendar and modify my morning routine.

Facebook, or lack thereof, not something I give my attention to, and as such, I don’t feel “free” or not free. I have passed the point of feeling any indication of Facebook’s absence. To acknowledge the lack of something, you need to recognize that that something exists in the first place. You can’t acknowledge the absence of light without recognizing that light exists in the first place. You can, however, feel that space.

The whole thing feels so anticlimactic that I feel like publishing this update would be useless if I hadn’t begun last month.

Controlling my own user experience

I use a browser extension that changes my Facebook user experience by eliminating ads, blocks game invitations, prevents posts with specific terms (as set by me) from appearing in my feed (during the whole “Yanny vs. Laurel” thing, I added both names to my blacklist) and makes my experience feel cleaner.

It also notifies me when I am no longer “friends” with people, whether initiated by them or me. It’s supposed to function as an alert someone has “un-friended” the user, blocked them or deactivated their account. However, it uses the same language for all of those situations. I know when the alert is the result of an account deactivation because the person’s profile photo is replaced with a placeholder. I’ve seen a few of those recently, indicating that more people are deactivating their accounts than before. My partner has noticed this trend a lot too. He observed that users are abandoning Facebook in droves.

I don’t know why. Maybe it’s the privacy issue or the shittiness of Zuckerberg’s actions. Or perhaps like me, they want to take back control of their time and their life, cultivate and maintain more authentic relationships and focus on what matters.

I’m not doing as well with the 1:1 connection as I thought I would, but that means that it’s an area I can still improve on. I am still using Facebook Messenger on my phone with notifications on. It’s not on my home screen so I need to take the extra step before opening it if I’m initiating the communication.

P.S. Sunday, February 17 is #RandomActsOfKindnessDay. Do something nice for someone.